IV. Eurasian Literature Festival LiFFt-2019 Organized by the International Humanitarian Fund of the Eurasian Nations and the Russian Federation was held in Baku. Turkish Poet Tugrul Tanyol won the gold medal on behalf of Turkey.

This year's festival was dedicated to the 2019 Year of the Indigenous Peoples Program announced by the United Nations and the 650th anniversary of the great Azerbaijani poet and thinker Imadeddin Nesimi.

The aim of the festival was to strengthen the creativity and friendship of writers and readers in Eurasia and to create a united Eurasian literary space.

Tugrul Tanyol who has invited poets from Turkey was rewarded with a gold medal. As a poet from Turkey received the award, next year the festival will be held in Turkey.

In his speech, the poet Tuğrul Tanyol addressed Azerbaijani poets who preferred to write poetry in Russian, not Turkish, "to write their mother language in Turkish which is a great language.

The poet, who will be awarded a gold medal at the festival is chosen by an international jury of members of the Assembly of the Eurasian Nations. 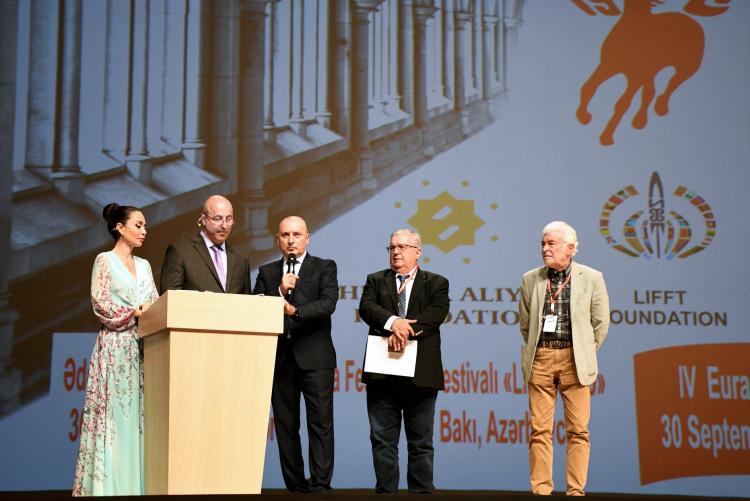